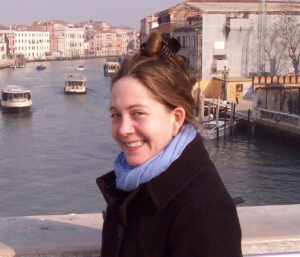 Dr. Jesse Njus teaches graduate and undergraduate theatre history at Virginia Commonwealth University. She has previously dramaturged for the University of Pittsburgh’s Department of Theatre Arts, taught at CMU, served as a postdoctoral teaching fellow in the English Department at Fordham University, spent two years as an associate teacher in the Department of Drama at New York University, and spent two years as an ACLS New Faculty Fellow at the University of California-Santa Barbara, where she held a joint appointment in the Departments of English and Theater/Dance. Jesse received her Ph.D. from Northwestern University under the supervision of Barbara Newman. Jesse has taught a wide range of classes on medieval literature and drama and participated in the Folger Library’s colloquium “Teaching Medieval Drama and Performance.” Her award-winning article “The Politics of Mysticism: Elisabeth of Spalbeek in Context,” which appeared in Church History, is the first full historical study of Elisabeth, a mid-thirteenth-century female performer of Christ’s passion. Jesse also published an article in Theatre Journal arguing that Elisabeth’s performance demonstrates how the practice of imitatio Christi (the imitation of Christ) underpinned the techniques and motivations of acting in vernacular religious dramas. In addition, Jesse published an article in Fifteenth-Century Studies (July 2013) on the importance of Englishwoman Margery Kempe to the study of theatrical spectatorship, and Jesse’s essay comparing the staging techniques of medieval pageants depicting the Last Supper is included in the collection Food and Theatre on the World Stage (Routledge 2015) edited by Dorothy Chansky and Ann White. Jesse is currently co-editing The Global Middle Ages: Global Drama with Rob Barrett as part of the Cambridge series on the Global Middle Ages. Jesse recently directed Sophie Treadwell’s Machinal and Shakespeare’s As You Like It at VCU.

E.H. Lupton (Em) has very little in the way of relevant expertise, although she 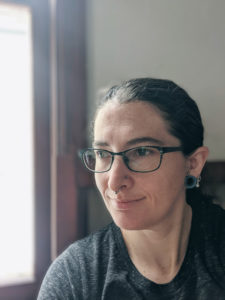 holds master’s degrees from the School of Library and Information Studies (now the iSchool) and the department of languages and cultures of Asia (now the Asian Languages and Cultures department) at UW-Madison. In “real life,” she works in computers, making her just tech-savvy enough to produce and edit a podcast. Besides being the “Ask” portion of the show, she also runs the website. Outside of Ask a Medievalist, she has written a lot of stuff, including a novella (The Joy of Fishes, Vagabondage Press, 2013), a number of poems, a play, and a long-running journal comic. Find her stuff, including a semi-complete bibliography, at ehlupton.com.

The comic that started things off can be found here.